On February 14, 1906, the Sisters of Mercy received a rare gift of mountaintop land from entrepreneur David Kenny. He asked only that the Sisters use the property to build a school to educate women and that this new school be named for the Blessed Mother. Bishop James A. McFaul of the Trenton Diocese encouraged not only the creation of a motherhouse for the Sisters and an academy but also a fully accredited college. Ground was broken on the project five months later.

In the spring of 1907, the cornerstone for the main building was laid and in less than two years, construction was completed. On September 28, 1908, Mount Saint Mary Academy opened its doors with a total enrollment of 77 students, including boys and girls in the elementary school, young women in the academy, and seven students in college.

On Ash Wednesday, March 2, 1911, a devastating midnight fire destroyed the main campus building. The Sisters worked tirelessly through the night with local firemen to ensure everyone was evacuated safely. Though the building itself lie in ruins, the statue of Our Lady over the main entrance emerged untouched and remains above the front doors today.

The main building was rebuilt and opened on September 24, 1912. The new structure included a bell tower with a one thousand-pound bell inscribed with the words "Gratias Agamus Domino Deo Nostro," meaning "We give thanks to God."

Growth continued at the Mount over the next decades with increased enrollment, new buildings, and additional acres. In 1924, the college division was transferred to Lakewood, New Jersey and named Georgian Court College. Both domestic and international students continued to board on the Mount campus until the 1980s.

A new century brought the continued evolution of the Mount camps with major renovations to the math and science wing, the creation of a large student center, the transition from library to media center, and the construction of the Angels of Victory track and field complex.

The changes have been great over the past hundred years and continue until this day. The steadfast values and principles that served as the guiding force behind the founding of the Academy have served as the bedrock of the institution and a guiding force for all who enter its doors.
Special thanks to the late Sister Mary Alphonsus Kennedy '39, author of the definitive history of Mount Saint Mary Academy and the school's archivist for many years.

History of the Mount 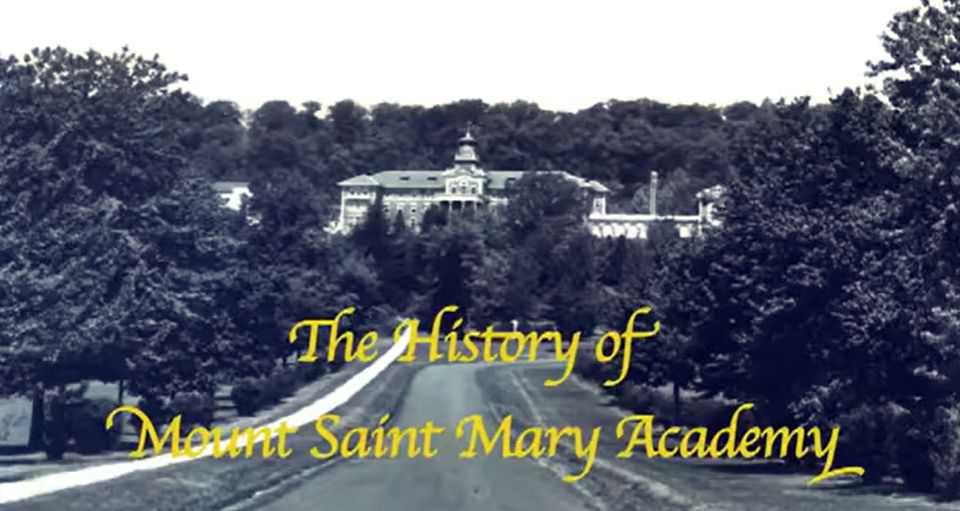 Please click here to view a video about the history of Mount Saint Mary Academy.